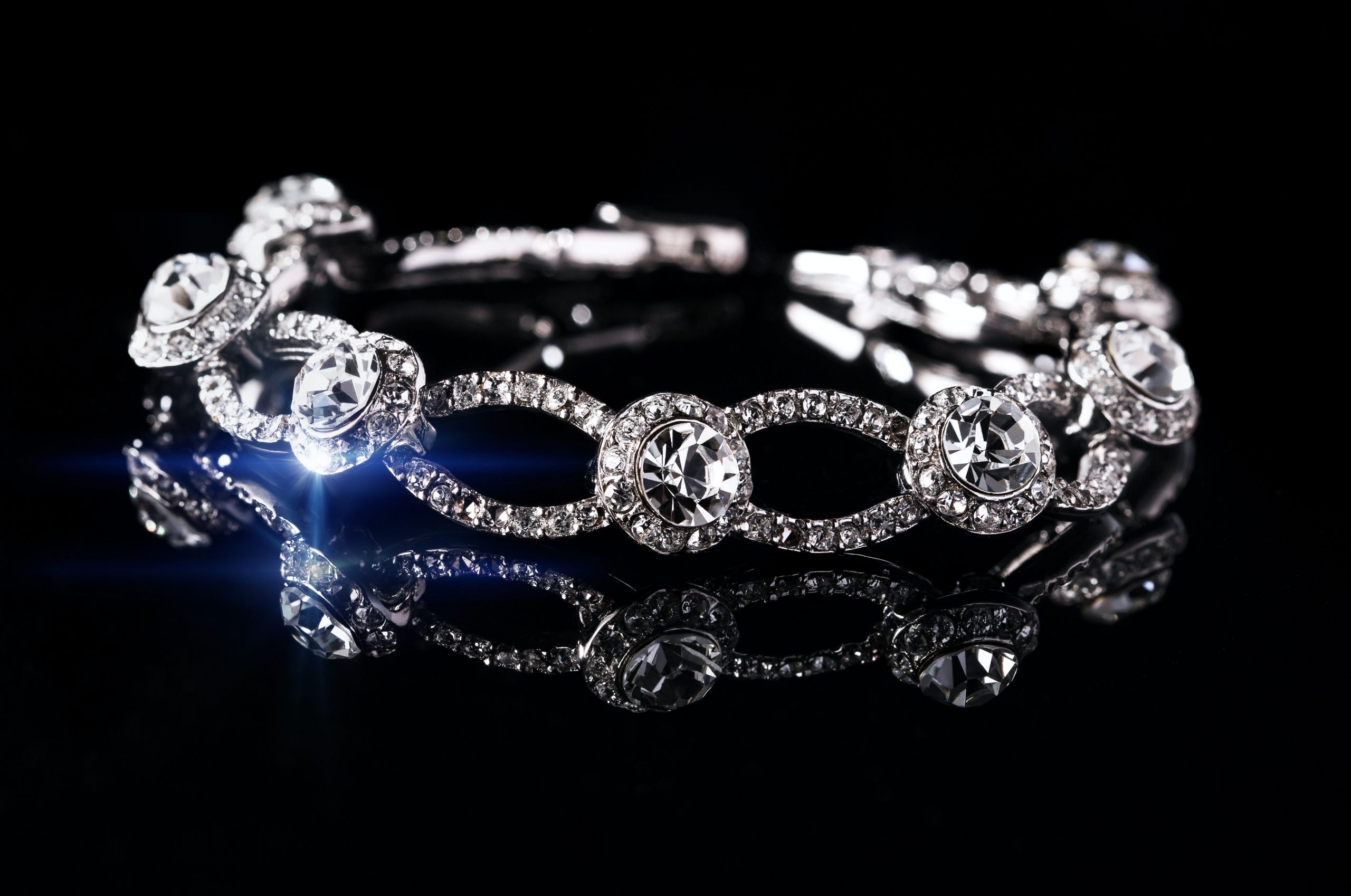 Accessorising on a Budget: Our Top Tips 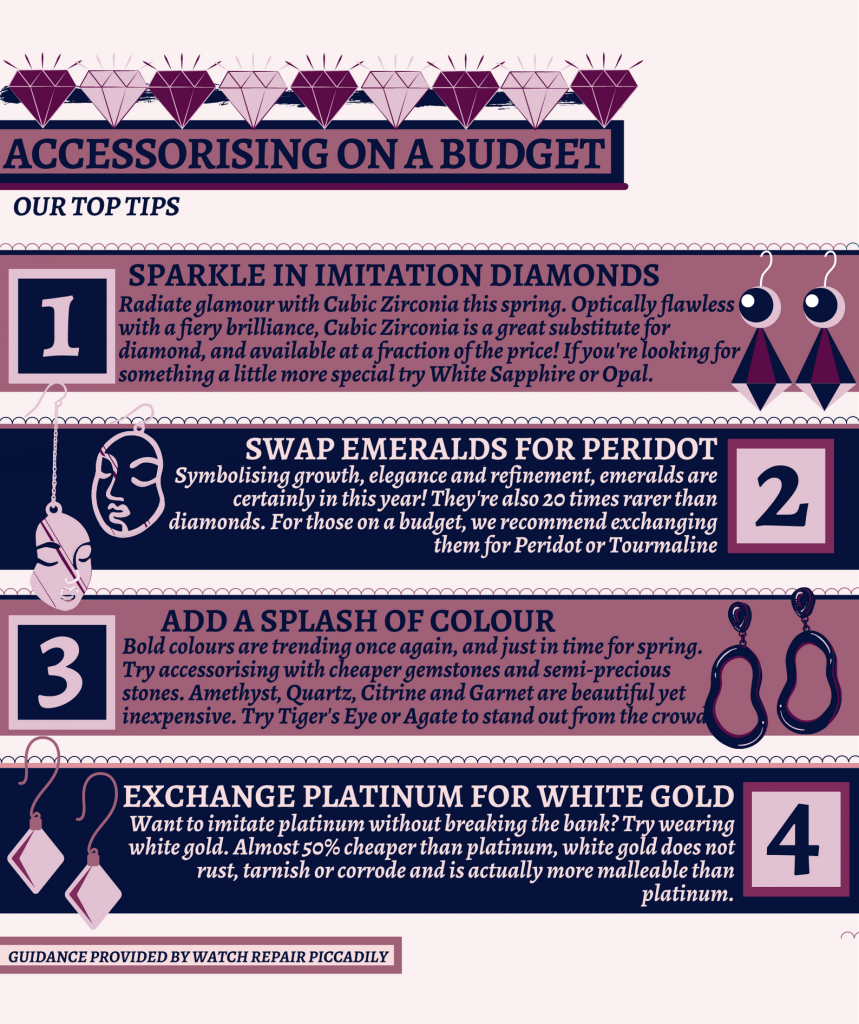 As celebrities walked the red carpet last weekend for the BAFTAs and Critic’s Choice Awards, fashionistas across the globe eagerly appraised their choice of outfit and accessories, with media outlets spotlighting the best and worst dressed. This year, all eyes were on the star’s choice of accessories. Jewellery varied from vintage to contemporary, with the majority of pieces accompanied by eye-watering price tags. Lady Gaga’s Tiffany & Co Schlumberger Three Leaves Ear Clips, for example, retail for £28 000.    At Watch Repair Picadilly, we believe that jewellery should be accessible to everyone, no matter their budget. With this in mind, we’ve put together some handy tips on how to replicate this year’s most fashionable jewellery – without breaking the bank.

From Ariana Debose’s pear-shaped Bulgari earrings to Caitriona Balfe’s Van Cleefe and Arpels necklace, diamonds took centre stage at this year’s BAFTAs and Critic’s Choice Awards. The epitome of luxury, diamonds are priced by carat and are notoriously expensive. The Hope Diamond, for example, believed to be the most expensive piece of jewellery in existence, is valued at an estimated $250 million. Famed diamond company De Beers – showcased this year by Irish actress and singer Jessie Buckley – recently announced significant price hikes, with smaller, cheaper stones being affected the most. With demand for diamonds increasing, it’s unlikely that prices will drop again soon.

Fortunately, there are numerous ways to purchase diamonds, or imitation diamonds, on a budget. When buying real diamonds, it is crucial to consider the four C’s – the carat weight, cut, colour and clarity. To save money, be prepared to compromise in some of these areas. We recommend prioritising the carat weight and cut, but skimping where possible on the colour and clarity. Try choosing a diamond with a round shape. These stones are particularly dazzling, enabling you to compromise slightly on colour and clarity. Yellow diamonds are becoming increasingly popular, as they are usually cheaper than clear stones.

Lab-grown diamonds are considered the best alternative to natural diamonds. Made from pure carbon, there are indistinguishable from natural diamonds and cost between 30-50% less. Moissanite, too, can be used to replicate a diamond. The second hardest mineral in existence, Moissanite shines brightly and is available as a colourless stone or as a stone with a yellow or grey hue. The most affordable natural diamond substitute is Cubic Zirconia. Manufactured from lab-grown Zirconium Dioxide, Cubic Zirconia is visually very similar to diamonds and can be purchased for a fraction of the price. Swarovski Zirconia, White Sapphires, Topaz and Opals can also be used as a cheaper alternative to diamonds.

According to Etsy’s trend experts, emerald green is going to be big this year. Symbolising growth, royalty and refinement, Emeralds embody sophisticated simplicity. At the BAFTAs and Critic’s Choice Awards, many celebrities chose emerald accessories to complete their look. Jodie Turner-Smith, for example, made a bold statement with a Bvlgari emerald and diamond necklace. Lady Gaga, too, embraced the beautiful green stone, sparkling in emerald and diamond earrings by Tiffany & Co. More than 20 times rarer than diamonds, high-quality emeralds are exceedingly expensive, particularly those with a blueish-green hue. According to experts, emeralds have significantly increased in price over the last decade, with Columbian emeralds now being retailing at unprecedented prices.

For those on a budget, there are some great alternatives to emeralds. Peridot stone, which is a gem-like variety of magnesium-rich silicate Olivine, is an attractive green mineral. Peridot occurs naturally in the peridotite xenoliths of the earth’s mantle, as well as in lava. Occasionally, it travels to the earth’s surface in lava flows. Mainly mined in Egypt, Nevada, Australia, Tanzania and Myanmar, Peridot has a hardness of 6.5-7 out of 10 on the Moh’s scale.

Green tourmaline, too, is a fantastic substitute for emerald. A semi-precious crystalline boron silicate gemstone, tourmaline can be found in a number of colours including black, violet, pink, brown and crucially green. Tourmaline stone can be mined from metamorphic rocks, granite and granite pegmatite. Tourmaline is popular with Christina Aguilera, Gwyneth Paltrow and Selena Gomez. West Side Story star and winner of Ariana Debose wore rose-cut green tourmalines to the Critic’s Choice Awards this year.

A platinum base with a splash of colour

With Queen Elizabeth’s Platinum Jubillee rapidly approaching, it’s perhaps unsurprising that the silver-white metal is surging in popularity once more. Worn by numerous celebrities as they walked the red carpet, platinum jewellery is very much in demand. Soft, heavy and precious, platinum has a high melting point and boast good resistance to corrosion and attack by chemicals, making it an excellent material for the manufacture of jewellery. Platinum is far denser than gold or silver and much more expensive. The mining process usually takes between five and seven months. At the BAFTAs, Lashana Lynch wowed critics with Tiffany & Co. Schlumberger Apollo ear clips in platinum. Lady Gaga, too, opted for the pricey metal, sporting diamond and platinum pendant earrings from Tiffany & Co’s Blue Book Collection.

Want to imitate the platinum look without having to take out a second mortgage? Try jewellery made from white gold. Timeless and striking, white gold is almost 50% cheaper than platinum and looks extremely similar. It doesn’t rust, tarnish or corrode and is actually more malleable than platinum, allowing jewellery manufacturers to carve intricate designs into its surface. Ariana Debose opted for beautiful white gold earrings at last weekend’s BAFTAs.

Brighter colours are once again making a comeback this year, and many celebrities chose to incorporate vibrant gemstones into their award show outfits. Coral, worn by Caitriona Balfe is both relatively inexpensive and beautiful. Rita Moreno, meanwhile, sported a veritable cornucopia of colour. Her Irene Neuwirth Gumball earrings, which she wore to the Critic’s Choice Awards, featured green Opal and Kingman Turquoise. For those on a budget, try incorporating inexpensive gemstones and semi-precious stones into your outfit. Choose Amethyst, Quartz, Citrine or Garnet. Try Tiger’s Eye or Agate to stand out from the crowd!