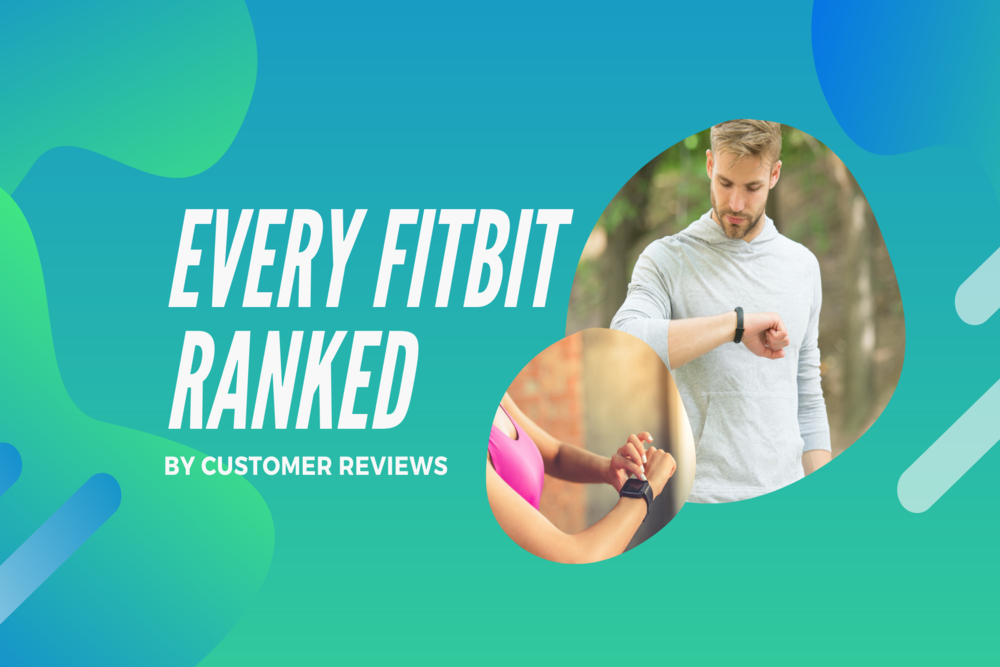 Every Fitbit Ranked by Customer Reviews

Fitbits have become a staple item for many, but with so many models on the market, it can be difficult to know which to invest in. At Watch Repair Piccadilly, we wanted to know which Fitbit is the very best in terms of performance, style, and price. And what better way to find this out than from the customers who have used them?

To find out what customers really think of their Fitbits, we scraped online reviews of each Fitbit model. We then used this data to find which Fitbit has all of the features we most care about when investing in a smartwatch including battery life, a reasonable price tag, comfortable to wear, accurate data, and attractive design. Based on how many times certain keywords relating to these features appeared in the reviews, we were able to rank each Fitbit from best to worst. You can see the results for yourself below! 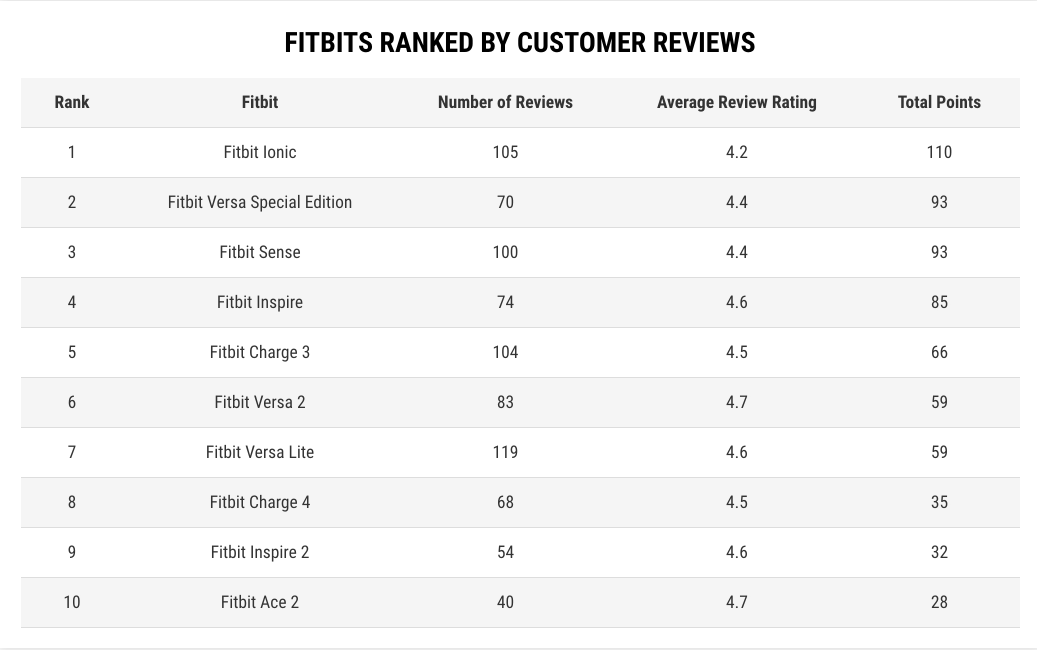 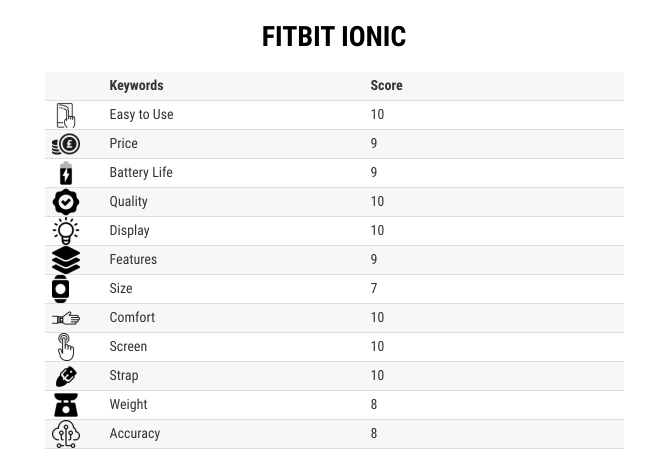 The Fitbit Ionic scored highly across all categories. Out of all the Fitbit models, the Fitbit Ionic is the very best for ease of use, overall quality, display, comfort, screen, and strap design. This is an excellent all-round device that is well worth the money. 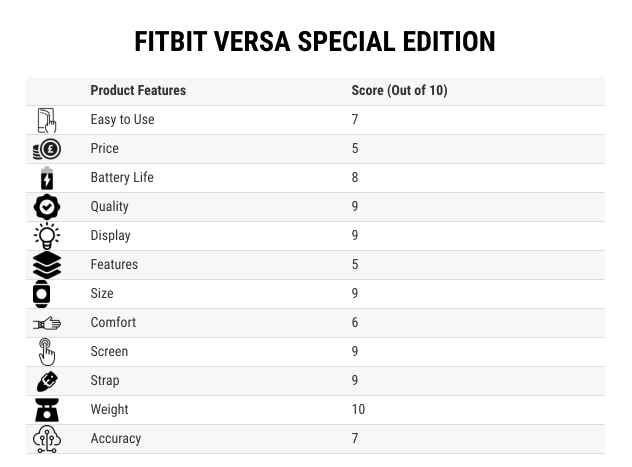 The Fitbit Versa Special Edition came in second, performing highly across most categories. According to customers, this is the very best Fitbit for its weight, meaning that it shouldn’t feel heavy on your wrist even whilst exercising. The Fitbit Versa Special Edition received average scores for its overall features and its price. Despite having a slightly lower price tag than the Fitbit Ionic, customers obviously thought this model was not quite as worth the money as its competing model. 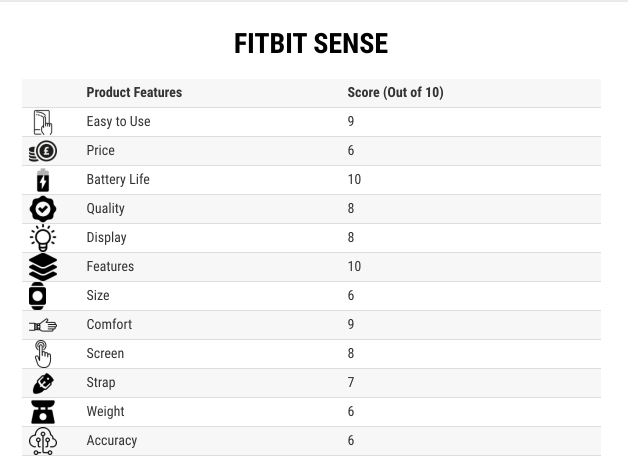 The Fitbit Sense is a relatively new model of the Fitbit released in September 2020 and its the company’s most advanced tracker to date. In our study, the Fitbit Sense scored highly across a few categories and is the very best Fitbit model in terms of battery life and overall features. It also scored highly for its ease of use and comfort. However, it received average scores for its price, weight, accuracy and size so despite being the very latest and most technologically advanced Fitbit, it is the third best model available for you to buy. 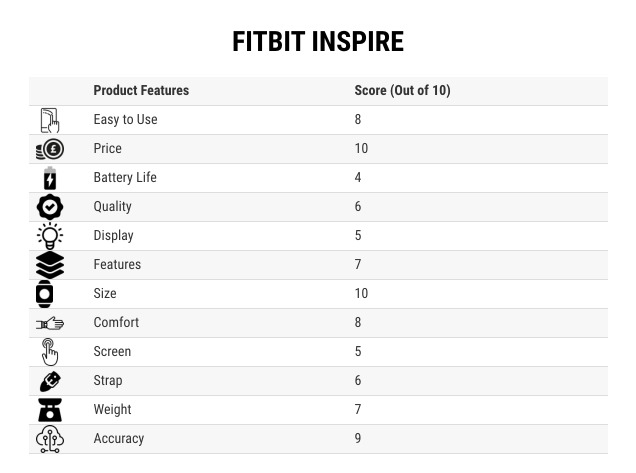 Despite being around two years old, the Fitbit Inspire still makes the top 5 results of our study. It is a great overall product and the best value for money according to customers who have purchased it. However, it did receive a low score for its battery life, and average scores for its screen quality and display. Although it is not perhaps as strong in terms of its overall design as other Fitbit models, the data accuracy the Fitbit Inspire provides and the value for money are both excellent. 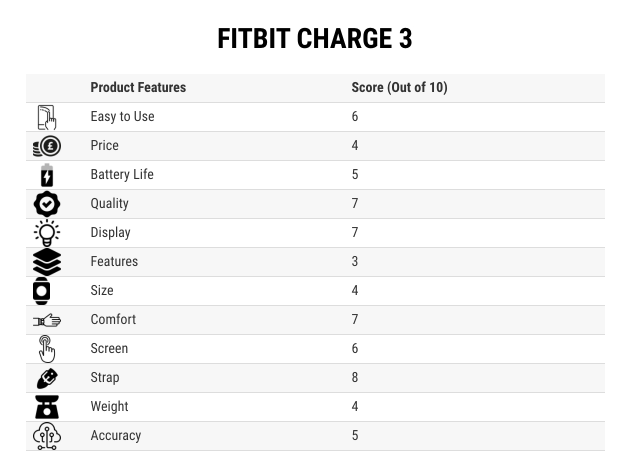 To calculate which model of Fitbit is the best according to customers who have purchased each model, we analysed product reviews on amazon.co.uk. To do this, we came up with 13 ranking factors that we would judge each Fitbit model against which were: easy to use, price, battery life, quality, display, features, size, comfort, screen, strap, weight, accuracy. We then filtered all product reviews by each of these terms and analysed which Fitbit product had the most mentions of these product features within their reviews. To ensure that these product features were only mentioned in a positive light, we only looked at reviews that had given the product a rating of 4 stars and above.